Choi Hee An: Postcolonial leadership is a new model for Asian immigrant leaders 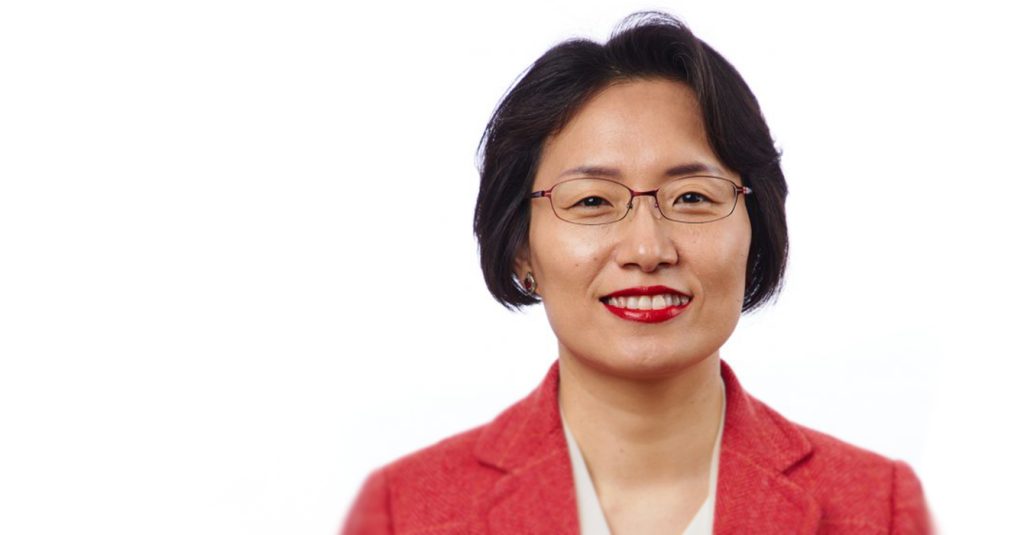 Photo courtesy of Choi Hee An

Humility, communality and authenticity are key aspects of a leadership style developed by Asian immigrant leaders to adapt to the American context, says a professor at Boston University.

When Choi Hee An asks students in her classes to name famous leaders, typically Asians don’t come up. When pressed, the students sometimes name a figure outside the U.S.

But when she asks about Asian American leaders — “Whom do you look up to as a model or mentor or leader in this society?” — after a long silence, they basically say, “Nobody.”

In addition, they often associate Asians with being quiet and submissive — traits that Americans typically attribute to followers, not leaders.

“This is the reason that I decided to write this book,” said Choi, who is clinical associate professor of practical theology and director of the Anna Howard Shaw Center at Boston University School of Theology.

“There was a big moment of, ‘Oh, I need to write about Asian Americans,’” she said.

In the resulting book, “A Postcolonial Leadership: Asian Immigrant Christian Leadership and Its Challenges,” Choi examines the multilayered dynamics of an immigrant leadership style that blends elements of Asian and American approaches to create a leadership model for the U.S. context.

“With countless sacrifices and tears, their resilient movement for a better life creates this postcolonial leadership,” she writes.

Choi, who is an ordained minister in the PCUSA, earned an M.Div. at the Graduate School of Theology at Hanshin University and a Ph.D. at Chicago Theological Seminary.

She spoke to Faith & Leadership’s Sally Hicks about the book. The following is an edited transcript.

Faith & Leadership: How would you describe the postcolonial Asian immigrant leadership style? Is there one style, or is there a variety?

F&L: What do you think makes Americans perceive Asian American leaders as followers?

CHA: One of the complications that Asian Americans face is that the [American] image of leaders is much more outspoken, vocal and not in community — more separate from it.

Asian leaders are trained to be humble from the beginning, and humility is one of the big parts of their leadership. But in U.S. culture, it’s not one of the strong suits for leaders.

Asian leaders are much more reserved, even in public, and also listen to others more. It does not mean they are not leaders.

F&L: Aside from humility, are there other ways that Asian leadership is different from the stereotypical American perception of leaders as individualistic, white male, forceful, that kind of thing?

CHA: Yes, the other one is communal leadership that they try to convey and create.

Like we just said, when they enter the U.S., suddenly everything is a very individual and white male-dominated style of leadership.

Of course, I don’t deny that Asian American leaders also have very hierarchal and patriarchal leadership styles. Of course they do. It’s part of the Asian culture.

But the difference that I really find is in communal leadership. For me, that is an important part of leadership that Asian Americans try to cultivate — it’s something they’ve cultivated for a thousand years.

Some people call it collaborative leadership, but I call it communal leadership. They just do [the work] in turns, or sometimes all together, but they don’t want to name anyone as the one specific leader. Sometimes they even compete to do the bottom-level work.

Because of that communal work, leaders dismiss their own names but lift up other people’s names. They don’t want to take credit for it. This collaborative leadership is also practiced by women — lay leaders and clergy.

They try to give the credit to the community and name the community as the leader. That is distinctive leadership that many Asian communities cultivate.

F&L: You say that two of the key features of Asian leadership in this context are hybridity and authenticity. What do you mean?

They have to change a lot in order to survive, and it means that their leadership also has to adopt and nurture and develop these kinds of changes.

Their hybrid leadership style has to be always ongoing and learning. It never stops in one space. They have to watch not only the U.S. context but also their motherland; it is always a hybrid of at least two different countries or sometimes three different countries. It’s global citizenship they have to develop.

F&L: What do you mean by authenticity? I think in most American contexts it means authentic to yourself. Is that what you mean?

Some people tend to think that the Asian immigrants are not citizens of this country or we are just visiting. So often we hear, “Go back to China,” or sometimes, “Go back to your own country.”

[But] their new land has to be accepted in their own hearts as a home to be loved and cared for. That is very important for them. When they try to live in this country and see this country as a home, their whole authentic self is now working at adopting this place as a home. That is one aspect.

The other aspect is to also think about this culture as a postcolonial culture. A lot of Asian immigrants have this long legacy or history of colonialism. They are so influenced by this very toxic colonial power that when they try to see their own authentic selves, they have to do this reconstruction to restore their selves.

F&L: How does this Asian immigrant style of leadership deal with the anti-Asian racism you described earlier?

CHA: When the Atlanta shooting happened, all over the place anti-Asian violence protests happened. Their leadership sometimes comes from the very young generation, because the older generation and first immigrant generation are afraid of participating in that kind of protest, because they don’t understand the language.

But the second generation — they see the problem. They know their parents cannot do this by themselves. So collaborative leadership starts right there. They initiated the anti-Asian violence event and let the parents know to join and protest together with them.

In New Jersey, it started with this youth group — the high school students — and then it touched their parents’ hearts. And then parents actually went to the church and informed the leaders to move and mobilize, and then they had this protest within the week.

F&L: One might think you come to America and start over. But you argue there’s a legacy that comes with these older leaders.

CHA: When people say, “OK, you are in the U.S. now. Forget about the past; you are here; you should just go forward,” that is the mentality that this society tries to cultivate.

But there are certain things that you learn and you never, ever forget and it’s just in you forever. The same way that when you grow up in a colonial country, when you move to the U.S., you cannot just erase the history and the mentality.

Now it’s not only their own resistant and resilient leadership; now they know they have to go beyond their ethnic community to show this leadership in solidarity with other members of this society.

F&L: What about women leaders?

CHA: Their style is a little bit different. Instead of going forward or going out and being visible in public, they are much more likely to go behind the curtain but still not hesitate to intervene as leaders.

I cannot deny that the Asian American immigrant women — I don’t want to say they have a lack of leadership, but they have a different leadership task to perform.

[In] Asian American immigrant churches, [women] have no hesitation to say something, even to the senior pastors: “Oh no, you’re wrong, and this is maybe a better way.”

There is much less hesitation to express their opinion, even though still they don’t take up public leadership. But what they do is, if something is not going the way that they want, they know how to exercise leadership. They protest, and they try to change it. They try to use the proper channel to speak out.

The second-generation and some 1.5-generation people really challenge the first-generation immigrants — their parents — a lot.

F&L: And do you see that as an influence on leadership styles as the generations born here move into leadership?

CHA: Yes. Because they are taught and nurtured by the society to speak up more. For me, that kind of immigrant context is very encouraging, because I hope that they learn both sides.

On the one hand, yes, as an individual, you should just speak up and exercise your leadership. On the other hand, you still need to pay attention to the community and their leadership as communal leadership.

If our second and third generation have both in balance, that will be the perfect form of leadership.