Addressing a history of enslavement is key to reparations

A pastor and a sociologist write about the process that a congregation went through to understand and address the enslavers enshrined in their windows.

The 12th-century philosopher Moses Maimonides writes in his “Mishneh Torah” that the work of restorative justice begins with the public confession of harm. The challenge of naming and owning harm is one that pastors regularly face when repairing relationships within their congregations.

But the stakes of such mediation are much higher when harm is embedded in the church itself. How do pastors and lay leaders navigate the work of repair when the history of their own church is implicated?

We’re a pastor (Lauren) and a sociologist (Gerardo) who, respectively, have participated in and witnessed this difficult journey of reparation at Highland Baptist Church in Louisville, Kentucky. Gerardo watched this process unfold over the past year while on sabbatical, and Lauren has been involved with the process as an associate pastor at Highland.

In 2018, Highland was faced with a shocking discovery. In front of a citywide crowd at a racial justice gathering, a recently retired pastor reflected on the stained-glass windows of his former parish. He marveled that the windows showcased two enslavers, James Boyce and Richard Furman, and one radical segregationist, E.Y. Mullins. Even more, the church’s painted fellowship hall windows portrayed an additional enslaver, Basil Manly Jr.

Congregants in the room that day perked up at the mention of their church, only to realize that their former pastor had just publicly said something they had not known. They learned that their beautiful windows commemorated leaders committed to racist ideals.

Not only was the news startling — a true revelation to the current congregants and pastors — but it also conflicted with the church’s understanding of itself and its ongoing anti-racism efforts.

News of the windows and the enshrined enslavers spread quickly. Members asked questions, wanting to find out specifically which people in which windows owned slaves and when the windows were installed.

They found that the stained-glass windows in the sanctuary were installed in the early 1970s, and the fellowship hall windows were painted even more recently, in the mid-1990s — not at all in the distant past. How could this be? As the buzz about the windows gained momentum, the church’s anti-racism team, which had formed in 2017, petitioned the lay leadership body to appoint a task force to officially study the windows.

Before the windows task force first convened, it became apparent that Highland’s work on the windows needed a broader scope. Around the country, unarmed Black people were being killed while jogging in a white neighborhood, sleeping in their own apartments or selling knockoff cigarettes.

Further, a national debate was stirring around the removal of Confederate monuments. Highland members wondered about their own windows and how the church benefited from white supremacy more generally. Thus, the ministry council created a reparations task force, in which the windows were one focus of four.

Starting in 2020, dedicated lay leaders, with support from me (Lauren) and my ministerial colleagues, considered alternatives for addressing the enslavers in the windows, the call to a congregational confession and repentance, the obligation to offer financial repair from the congregation’s budget, and strategies for ongoing advocacy at both a local and a national level for the study and gifting of reparations.

The task force wrestled together about the best path forward. Even as the COVID-19 pandemic continued, the group persisted on Zoom. First, we revisited our own history. In doing so, our objective was to consider how the church has benefited from racist systems, past and present, and to recommend a path of response.

Together, we produced a report, titled “Grant Us Wisdom, Grant Us Courage: A Historical Summary of Highland Baptist Church; Louisville, Kentucky; and Race, 1893-2021,” which tells Highland’s narrative through a lens focused on racial inequities.

Second, the task force wrote a report detailing all of the subjects depicted in the windows, especially noting the troubling figures involved in slavery. Considerations in addition to racism arose, and figures were examined in terms of antisemitism, homophobia and other forms of colonization.

We took care that our research was honest, without judgment. It was hard to acknowledge so much pain peppered throughout the windows’ design.

With new revelations over the months of research and writing, polarizing viewpoints were expressed privately among members of the church, and the murmuring complicated the work of the task force and concerned the ministers.

Anxiety threatened relationships in the congregation, raising the potential for real division. Some folks unknowingly sought to maintain the status quo. “Touching those windows would be an affront to the art and artist who created them,” they argued.

“They tell our story, even the parts of the story we do not like — do not mess with them,” others said.

Others focused on the money that would be spent if the windows were amended or contextualized. “Money spent on [changing] the windows would be better spent in the Black community,” some argued.

“Dismantle and destroy the enslavers immediately,” those distressed by the windows insisted.

Ultimately, the enslavers in the windows put our church at risk of losing members, as some indicated they would leave the church. “I cannot worship in a sanctuary that venerates people who owned other people,” they said.

Further, we hired consultants, leaders in Louisville’s Black community, for their feedback; naturally, their opinions differed as widely as those of the congregation. However, they unanimously agreed that the white Jesus figure in the revelation window needed to be darkened.

As the palpable discomfort among church members grew, our lead pastor, the Rev. Mary Alice Birdwhistell, and I (Lauren) preached on the controversy, but our messages did not readily alleviate tensions. For example, I preached two sermons in the summer of 2021 that spoke to the killings of George Floyd, Breonna Taylor and David McAtee.

In one sermon, I invited people to turn and look up at the figures who watched over the sanctuary. In so doing, I emphasized that the task force would and must continue discussing the windows, specifically the ones depicting Boyce, Furman and Mullins.

Though the sermon was an attempt to assure folks that the church would work together as a community to consider options, the effect was further division and angst. Contradictory pressures on the reparations task force emerged, with urging by different congregants to hurry up and to slow down, to stop and to keep moving. Even members of the task force were not in agreement. Zoom meetings were occasionally emotional and intense.

At this point, Mary Alice and I (Lauren) committed to communicating explicitly and frequently that the church would work through these issues together: by listening to one another, studying reparations in community and (in the words of the church hymn) being “brave of foot” in the race set before us.

In affirming the call to accomplish this work together, we began sharing with the church the benediction we co-wrote to conclude each task force meeting:

MAB: Friends, may God bless us with restless discomfort
in the work of reparations.

LJM: May God bless us with holy anger at the injustices around us, and even within us.

MAB: And may God bless us with grief to honor all that has been lost along the way.

LJM: Until we meet again, may God continue guiding us toward liberation.

MAB: May Christ continue showing us the way of love.

LJM: And may the Spirit continue provoking us in this hard and holy work.

MAB: For even as this work challenges us, know that we are equipped and suited precisely for it.

Highland’s leaders took collective responsibility for the church’s association with white supremacy, so we patiently urged a corporate response from the congregation.

In their book “Reparations: A Christian Call for Repentance and Repair,” Duke Kwon and Gregory Thompson write, “Some may insist that individuals and discrete institutions alone are responsible for the aforementioned failures, but this line of reasoning simply will not do. These sins are our sins.”

Calling out, initiating dialogue, responding to new knowledge — these are the practical steps we sought to enact ecclesially. As Kwon and Thompson state, “The church, after all, is one body, and its members are irrevocably bound to one another in Christ by covenant.”

Conversations continue with pastoral and lay leaders dedicated to accomplishing the work in community. The task force hosted three congregational listening and processing conversations. The first, in 2021 via Zoom, oriented around reading and discussing the history report. The second, in late 2021, also via Zoom, conveyed the four-prong approach adopted by the task force and solicited general thoughts on reparations. In 2022, a third conversation offered the opportunity to attend in person.

With repeated reassurances from many directions that the task force is not a decision-making body, members were able to participate in a hybrid meeting with earnestness, even amid uneasiness.

The task force presented its findings, and congregants asked meaningful and thoughtful questions. Members expressed their viewpoints with grace, and most importantly, all those present deeply listened to one another. The tenor of the meeting built up the confidence of the task force for its next steps.

Highland’s process to date reveals how the work of restorative justice is challenging for congregations dedicated to working in unison.

Our pastoral team and lay leaders are moving through the process of repair in a manner that includes all stakeholders without jeopardizing anti-racist values. At this point, the church has established a designated fund to receive donations specifically for reparations, and the church will commit 1% of its budget to the fund annually.

Further, the anti-racism team is researching the options of installing plaques that explain the church’s lament over the figures and why they are darkening the skin tones of the biblical figures, including the Christ figure.

Although no final decisions about the windows have been made, the reparations work continues taking shape on the racial justice journey. As a consequence, the leaders of Highland have achieved greater confidence in the capacity of our congregation to address controversy directly and to confront injustices in the world without compromise.

Gerardo Martí is the William R. Kenan Jr. Professor of Sociology at Davidson College. His speaking and writing focus on race, religion, power and social change. His most recent books are “American Blindspot: Race, Class, Religion and the Trump Presidency” and “The Glass Church: Robert H. Schuller, the Crystal Cathedral and the Strain of Megachurch Ministry.” He has served as president of both the Association for the Sociology of Religion and the Society for the Scientific Study of Religion. 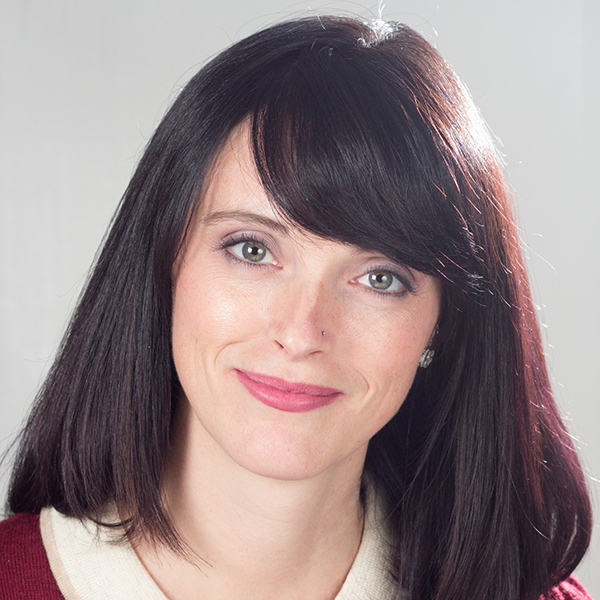 Lauren Jones Mayfield serves as the associate pastor for care and justice at Highland Baptist Church in Louisville, Kentucky, and is ordained in the United Church of Christ. She recently completed her doctor of ministry degree at the Pacific School of Religion with an emphasis on Highland’s reparations ministry research. Follow her on Instagram @laurenjonesmayfield.