Recognizing and strategically leveraging privilege is a discipleship opportunity 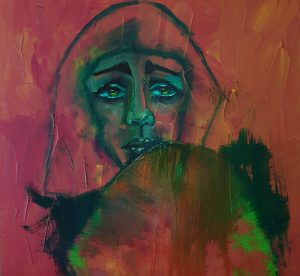 Through passages like Acts 6, the Bible makes clear how privilege must be recognized and addressed — and the benefits of doing so, writes an author and leader in racial righteousness and reconciliation.

Within too many congregations, privilege as a topic is denounced, minimized or ignored because it is misunderstood.

Many churches see it as divisive — a concept rooted in condemnation, used to shame or guilt one another into coerced remorse.

Some congregations reject it on theological grounds, claiming that the concept is unbiblical. Other Christians decry it on grounds of individualism, refusing to apologize, take responsibility for, or strive to make amends for the sins of their ancestors or something they personally did not do.

Still others deny the notion of privilege because they believe it insinuates that they did not earn what they have through their own efforts.

Consequently, conversations about privilege in the church generally end in one of three ways: churches and members deny that privilege exists, declare the topic too controversial to address, or lament that they feel immobilized by its weight.

However, when privilege is understood missionally and our lives are guided by the Spirit, it becomes a subversive tool we can leverage to further the kingdom and sacrificially love our neighbors.

The gospel offers us a faithful, liberating way to think about and exercise privilege. Acts 6:1-7 is one of many passages that illuminate this generative opportunity.

As Acts 6 opens, the disciples seem to have been functioning as a healthy, missional, interconnected body of Christ. They were actively making disciples, fulfilling the Great Commission and welcoming new members into God’s family.

However, they were oblivious to the injustice happening along the margins of their community, unaware of the discrimination in their midst.

In accordance with God’s expectation, the disciples were striving to sacrificially love their neighbors, particularly the most vulnerable. Throughout the Old Testament, Israel did this via gleaning laws and the practice of Jubilee.

In Acts 6, the disciples were sustaining this tradition by operating a food distribution program for vulnerable widows. A challenge ensued, however. The food program served widows of two different cultural backgrounds, and those two groups of widows had divergent experiences within the program.

The Hebraic widows were cultural insiders, with direct access to the city’s and church’s dominant culture, customs and language.

The Hellenistic widows were Jews who had lived most of their lives in Greek-speaking locations; now, in Jerusalem, they were cultural outsiders. The Hellenist widows felt as if their outsider status was causing them to be overlooked and marginalized in the church’s distribution of food.

The Hebraic widows had advocates at the table of power, as well as cultural, linguistic and relational advantages, all of which led to their receiving superior treatment. They had privilege.

Meanwhile, the Hellenistic widows lacked representation at the decision-making table; they were without advocates in leadership who saw their suffering and identified with their marginalized experience.

As a result, the church did not care for Hellenistic widows with the same intentionality and love that it showed for Hebraic widows. The exclusively Hebraic leadership had a blind spot, and the distribution disparity went unacknowledged until Hellenistic Jews brought a formal complaint. This matter was one of the earliest challenges the church faced as it started becoming multicultural.

Once the complaint was raised, the disciples assessed the institutional structure and program and then demonstrated their maturity in Christ through their response. Instead of being defensive, denying the problem or trying to cover it up, the disciples conducted a sober assessment of the program and determined that the discrimination claim was legitimate.

They did not try to explain away the problem or cast the Hellenistic widows as being divisive for bringing it up. Not only did the church’s leadership acknowledge that there was a problem; they also confirmed that it was systemic. Then they took proactive steps to address it.

To ensure that the discrimination did not recur, church leadership called a communal meeting to discern collectively how to address it. After identifying the need for a council to oversee the food distribution program, the apostles tasked the community with selecting seven men known to be wise and full of the Spirit to oversee the work.

Notably, all seven men selected by the overwhelmingly Hebraic community were, by virtue of their Greek names — Stephen, Philip, Procorus, Nicanor, Timon, Parmenas and Nicolas — likely Hellenist. These seven leaders resolved the problem and became an ecclesial model for confronting privilege, addressing discrimination and sharing power.

As a result of the church’s maturity, Acts tells us, “the word of God spread. The number of disciples in Jerusalem increased rapidly, and a large number of priests became obedient to the faith” (Acts 6:7 NIV).

The church’s willingness to confront privilege and address discrimination led to the spread of the gospel in Jerusalem and beyond. The newly constructed Jerusalem council, led by Hellenists, became a crucial bridge that expanded the kingdom, enabling the gospel to reach the Gentile world. Acts traces this progression “from Cyprus and Cyrene” north to Antioch, where members of the council were the first to preach the gospel directly to non-Jewish Greeks (Acts 11:19-21).

This beautiful story illustrates why we must humbly respond to discrimination complaints and address privilege in our midst, and how we must equally prioritize the Great Commission and the greatest commandment — called as we are to fulfill both, not just one or the other.

Naming privilege requires spiritual maturity. It feels threatening because it reveals our sustained complicity with broken systems, structures and laws that deface the imago Dei inherent in our neighbors and infringe upon the shalom God created us all to experience.

Scripture affirms that privilege is real and declares that while we have the option to exploit it for selfish gain or to passively benefit from it, we are called to soberly acknowledge and faithfully steward it.

We will never learn to leverage privilege to further the kingdom and love our neighbors if we continue to deny its existence. Addressing privilege offers us a discipleship opportunity. When we are guided by the Spirit, privilege becomes generative and liberating, compelling us to participate as ambassadors of reconciliation in innovative and subversive ways.

Building from this foundation, Christians should understand privilege as a unique opportunity for us to bear witness to who and whose we are. When we leverage privilege instead of exploiting it, we function as the leaven in the loaf, the moral compass and accountability in spaces and places of distinction.

The church must become courageous enough to address privilege, because when we do not, when privilege is unbridled, it distorts the communion God intends for us to enjoy with our Creator and with one another. We are commissioned to understand privilege as something to be leveraged to further the kingdom and sacrificially love our neighbors.

Dominique DuBois Gilliard is the director of racial righteousness and reconciliation for the Evangelical Covenant Church. He is the author of “Rethinking Incarceration: Advocating for Justice That Restores,” which won a 2018 IVP Readers’ Choice Award and was named a 2019 Social Issues Resource of the Year by Outreach Magazine. Gilliard’s latest book, “Subversive Witness: Scripture’s Call to Leverage Privilege,” was published by Zondervan in 2021. Gilliard also serves as an adjunct professor at North Park Theological Seminary in its School of Restorative Arts and serves on the board of directors for the Christian Community Development Association. In 2015, The Huffington Post named him one of the “Black Christian Leaders Changing the World.”