Robert Chao Romero: The brown church has been preaching justice for centuries 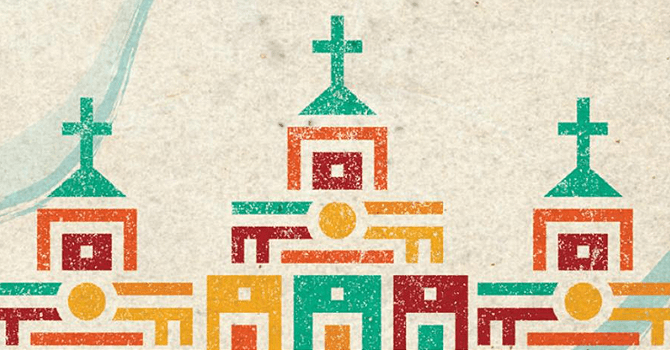 The brown church has been deconstructing and reconstructing Christianity since the colonial period, says a professor and author.

As a professor at UCLA Chavez, Robert Chao Romero witnessed a struggle happening in many of his Latino and Latina students. They were struggling to reconcile the Christianity of their upbringing with their desire for justice in their daily lives.

Like Chao Romero himself at one point in his life, they felt theologically homeless.

“I’m thoroughly versed in liberation theology and other movements, but I never considered the fact that other brown people are wrestling to find their place as Christians as I have,” Chao Romero said. 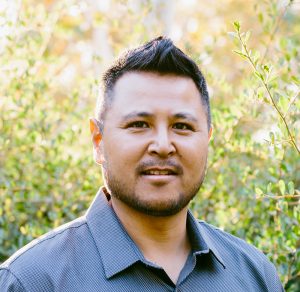 To search for and create that theological home is the goal of his recent book, “Brown Church: Five Centuries of Latina/o Social Justice, Theology and Identity.”

In the book, Chao Romero presents the “cultural wealth” of Latino/a church history, highlighting the justice message present from the 16th century onward. Not only will Latinos/as learn from this history, he says, but the entire church can learn from its history of deconstructing and reconstructing Christianity.

Chao Romero received a J.D. from UC Berkeley and a Ph.D. in Latin American history from UCLA. He is also the author of “The Chinese in Mexico, 1882-1940,” which won the 2012 Latina/o Studies Section Book Award from the Latin American Studies Association.

Chao Romero spoke with Faith & Leadership’s Chris Karnadi about the diversity of Latinos/as, what he means by “brown church,” and what its theology says to the present moment. The following is an edited transcript.

Faith & Leadership: What’s the personal story behind writing this book?

Robert Chao Romero: When I got tenure at UCLA, it was not related to scholarship in this area. My first book is a book about the Chinese in Mexico, which is sort of related to my own background. My mom is an immigrant from Hubei in central China. My dad is an immigrant from Chihuahua, Mexico, northern Mexico. My first 10 years or so as a professor, I was actively engaged in ministry with my wife working with activist students, but my scholarship was all about Asians in Latin America, which was great, and I loved that, but there was no integration there. 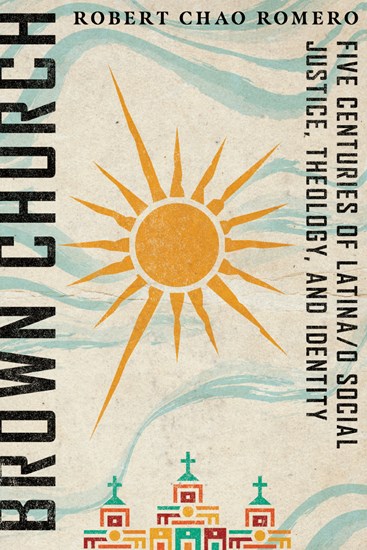 I wanted to integrate my scholarship with my experience being a pastor and so forth. I was tired of leaving two-thirds of myself outside the door. I wanted to bring myself in, my full self in.

That led me on the road to “Brown Church.” I went on a sabbatical. I studied at Fuller, and I began to figure out how do I reconcile faith, justice and this long history of the Latino community, this very complicated history of interaction with Christianity from the colonial period into Jim Crow to the present moment. There’s a very complicated history between the Latino community and Christianity, at least as an institution, and I wondered if there was a way to reconcile that or to understand that.

The posture of the field of Latino studies is that Christianity is simply a racist, classist and sexist religion. That’s kind of the party line, if you will, among the vast majority of scholars. But that’s not the experience of most of the Latino community itself.

We’re a very faithful community. Our grandparents, our parents, our communities all have faith. If you look at the statistics from Pew, it’s like over 80% identify with the Christian faith in one expression or another, and so for the discipline of Latino/a studies to just not engage Christianity for better or for worse just doesn’t make any sense.

If we claim that we want to understand the Latino community but we very conspicuously leave out the Christian faith, whether Catholic or Protestant or evangelical or mainline or whatever, I think it’s disingenuous. “Brown Church” was my attempt to reconcile those questions and address these different issues.

Another thing I’ll say is the main goal of “Brown Church” is to provide a spiritual home for many. There are thousands if not millions of spiritually homeless Latino/a students. They are in these borderlands of Christianity and activism, Christianity and social justice, spiritual borderlands, because they want to reconcile the two but they don’t know how because of this complicated history. It’s religious, it’s theological, it’s political, it’s historical. It’s issues of gender, race. Christianity is so complicated for us, and it always has been.

I wanted to write “Brown Church” to be a window into 500 years of Latino Christian community cultural wealth.

F&L: How do you define the brown church?

After Columbus got lost and landed in the Caribbean and enslaved all the hundreds of thousands of natives there, which began the conquest of the Americas, a Dominican friar named Antonio de Montesinos saw all these terrible abuses, which was really genocide, and denounced all the Spanish elites of the island. He preached to them and said that he was the voice of one crying in the wilderness and that they were abusing and exploiting the Indigenous people of the land and if they didn’t repent, God was going to punish the nation of Spain and send them all to hell.

This Dominican friar preached the first prophetic racial justice sermon in the Americas in 1511 in this straw-thatched little chapel, and the book chronicles the history ever since, from the colonial period to the U.S. conquest of half of Mexico to Jim Crow segregation to Cesar Chavez to the undocumented immigrant student movement.

It’s important to also flesh out what I mean by “brown.” When I talk about brown, it’s really a metaphor for a couple of things. First, the vast and beautiful cultural mixture that’s in Latin America. In Latin America, we’re everything culturally and ethnically. We have Jewish Latinos/as. We have Asian Latinos/as like myself. We have Indigenous, Spanish, any mixture, anything. So brown is first of all a metaphor for that.

The second meaning of brown is a metaphor for the racial liminality that we experience as Latinos/as in the United States in between Black and white in terms of social constructs, in terms of historical Jim Crow segregation, in terms of political discussion and debate, in terms of denominational structures. We’re in this in-between space, and we have been for hundreds of years.

To give an example of this racial liminality, during the time of Jim Crow, a lot of people don’t know that Latinos/as were segregated as well. There was segregated housing, segregated schools, segregated pools, segregated everything. But then there’s a U.S. Supreme Court case called Hernandez v. Texas, and other cases as well, where we went to the courts and said, “You can’t segregate us, because we’re white.” That was our argument. But we’re a special kind of white that still experiences discrimination.

And the judges would sit there and scratch their heads and call in expert witnesses from UCLA or USC or different places, and they’d say, “What do you think, professor of anthropology, are Latinos white?” They’d sit there for a couple of days and debate it. Then the court said, “Yeah, actually Mexican Americans are white.” But then we just returned to our homes in our cities, whether it was Pasadena or LA or Texas, and they would still discriminate against us anyway. They’d just find other reasons to, other than the racial argument. That’s a good example of how we’ve been always in between.

F&L: What do you hope people will learn from the book?

RCR: “Brown Church” is trying to lift up to the body of Christ the fact that as Latinas and Latinos, we are God’s children too. We’re not the same as the Anglo church. We’re not the same as the Black church. We’ve been journeying with Jesus for 500 years, and we have our own beautiful, God-given community, and the cultural wealth and history and theology that comes from that. The brown church is just a different entry point into the beloved community.

We’re not perfect. You can say that for every ethnic group. The Latino culture -- we have amazing glory and honor, but we also have this thing that’s called machismo that destroys people and families. And thank God that’s not going to make it into heaven. Latina pastors and theologians like Sor Juana Inés de la Cruz in 17th-century Mexico and Ada María Isasi-Díaz in the present have articulated a “preferential option for women,” meaning that in a sinful and broken world, women experience exploitation and God takes their side in their oppression. Unfortunately, machismo is still a reality in many Latino churches, and much growth needs to happen with respect to the inclusion of women in institutional leadership.

The Spirit has journeyed with us as the brown church, and we have this 500 years of community cultural wealth that God has given us. We are a part of the body of Christ too, and we want to offer this wealth as 1 Corinthians 12 talks about. The larger church needs us. We’re not just an afterthought.

In this particular political moment, where the U.S. is so racially divided -- as the brown church, we’ve been wrestling with these issues for 500 years. It’s not new to us. We haven’t seen things in a Black/white binary for 500 years. As my friend and scholar Dr. Tony Lin taught me, we’ve been thinking outside a white/Black binary because we’ve had to.