Let’s make the church a center of theological education again 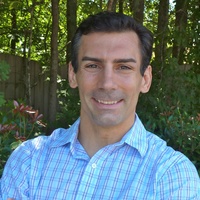 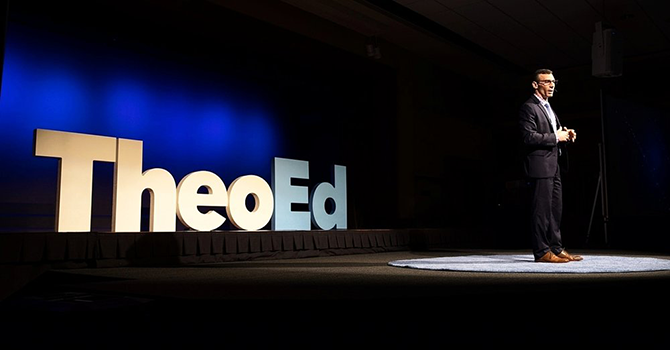 For almost 500 years, the church has been outsourcing theological education to seminaries and divinity schools. It’s time to return some of that task to local churches, says a seminary scholar and teacher.

Before 1563, when the first “modern” seminary opened, academic institutions weren’t really involved in providing theological education. Instead, that task fell primarily to local churches, especially large, urban cathedrals, which were both places of worship and sites for clerical training and lay-focused education. Though they didn’t offer formal degrees, cathedral churches and a few monasteries were where theological study and scholarship happened.

Much has changed since then. Today, even the largest and wealthiest “big steeple” churches would be hard-pressed to provide the specialized ministerial training required for clergy candidates in their own denominations -- never mind students from other traditions or with vocational goals outside of ministry. Clearly, independent seminaries and university divinity schools are much needed and here to stay.

I believe the answer to both questions is a resounding yes. The church can gain much by returning at least some aspects of theological education to local congregations -- “insourcing” them, you might say. The cathedral church model prompts us to think in new ways about where and how theological education will happen in the 21st century. It calls us to reimagine local churches as viable sites for seminary-level education.

Here are three potential benefits to making the local church a new place for theological education:

First, by offering courses off-campus in accessible, familiar locations, the cathedral model can expand the potential audience for theological education, giving seminary leaders an additional strategy in their efforts to boost enrollment.

This is exactly what we did at Columbia Theological Seminary. In the spring 2016 semester, I taught a three-credit course in Old Testament theology at the First Presbyterian Church of Atlanta, where I serve as the scholar-in-residence. The course met in the evenings and was open to both Columbia seminary students and up to 10 church members.

The class was a win-win for both institutions. For First Presbyterian, congregants got to take a deep dive into seminary learning in the context of their own church. For Columbia seminary, divinity students were able to learn alongside -- and from -- smart and engaged lay members. By holding a seminary class in a local congregation, we were able to open up space for contextualized learning. In this class, the starting point was not a body of academic literature but rather the ministries of the church and the needs of the community it serves.

By bringing rich theological content to where Christians already gather, this model has the potential to engage a much wider audience, including congregation members and staff from regional denominational bodies such as presbyteries and synods. Taking seminary off campus can reinvigorate the theological formation of lay members who would otherwise never enroll in seminary while also serving as an effective recruitment tool. Of the 10 lay members who participated in our Old Testament course, two are now full-time students at Columbia seminary.

Second, if the potential audience for theological education is the entire church, we will be spurred to rethink how we package and present our content.

Here’s where we can learn from TED. With more than 1 billion views a year, this wildly popular online speaker series owes its success not only to fascinating presenters and topics but also to its polished short-talk format. In the time it takes to walk the dog, drop the kids off at soccer or, here in Atlanta, drive one exit on the Connector at rush hour, listeners can hear an inspiring talk from a near-endless list of topics. The medium, as it turns out, matters quite a bit when it comes to lay education.

What if the short-talk format was adapted for theological education? Inspired by TED Talks, First Presbyterian last year launched a new speaker series called TheoEd Talks. In this series, we brought together leading thinkers in the church and the academy to give “the talk of their lives” in 20 minutes or less. By packaging powerful ideas in bite-size presentations, such talks provide a fresh and compelling way for diverse audiences to explore important questions about God, theology, and the power of faith to shape lives and communities.

With live events and high-quality videos available online, the TheoEd Talks series recognizes that church-based theological education requires more than just transferring traditional seminary classes to local congregations. It means finding creative ways to translate content into formats that are accessible and engaging for a broader audience of believers and seekers alike.

Third, the cathedral church model can challenge us to rethink the purpose of theological education, re-envisioning it as not merely a pathway to an M.Div. or other degree but an act of discipleship in its own right.

You can find hints of that idea in the final chapter of Luke, in the story of Christ’s appearance to two travelers on the road to Emmaus. Mistaking the resurrected Jesus for a stranger, the travelers told him about the recent events in Jerusalem, including rumors of an empty tomb.

Obviously, the two had much to learn. Yet rather than encouraging the travelers to go enroll in studies at a local synagogue, Jesus brought theological education to them. As they journeyed together, Jesus interpreted the Scriptures for them, and soon their hearts were stirred and their eyes were opened. For the travelers, the road to Emmaus was a road to theological formation.

If we dare to see the church once again as a viable site for theological education, the implications of Luke 24 will be even clearer. The road to Damascus -- conversion -- has always led to the road to Emmaus -- theological education. That latter road, the path of theological education, is not only for those who feel called to ministry. It is for everyone who feels compelled to follow Jesus Christ. The two roads are successive steps, first one and then the other, that many -- more than we can imagine -- are called to take on the journey of discipleship.