Some churchgoers have an incomplete vision of race in America 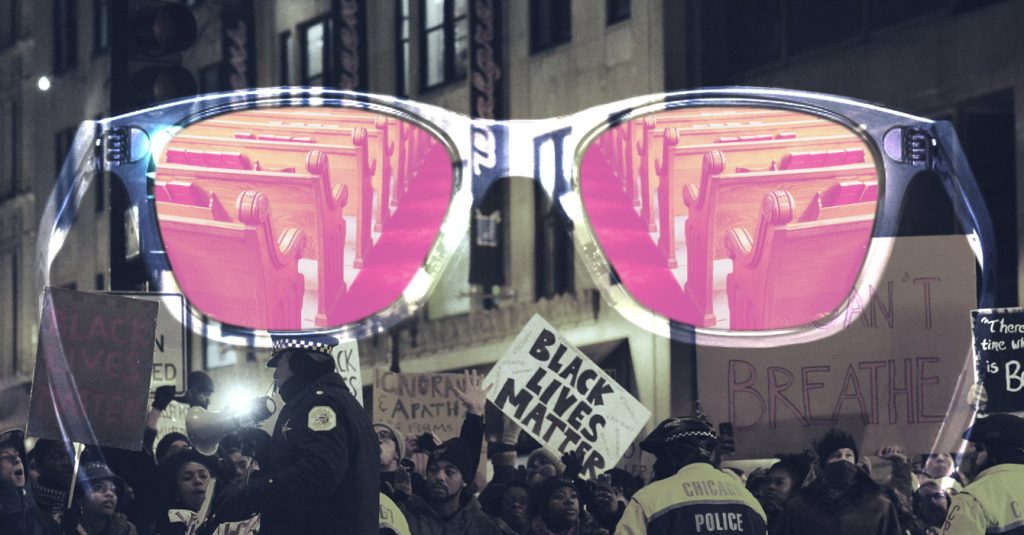 A national survey shows a disconnect for people in the pews when it comes to perceptions and reality on race and racial oppression.

In 2021, Darnella Frazier received a special citation from the Pulitzer Prize Board for her actions on a Minneapolis sidewalk the year before. Frazier, then 17, literally refused to look away from George Floyd’s murder and made sure the rest of us could not look away either. On May 25, we mourn the second anniversary since Floyd was killed by police officer Derek Chauvin; the video Frazier captured of that crime helped spark a summer of uprisings.

The Pulitzer citation recognized her courage in recording “a video that spurred protests against police brutality around the world, highlighting the crucial role of citizens in journalists’ quest for truth and justice.”

What do we make of a teenager who bore witness to an act that traumatizes her to this day but that she realized she had a responsibility to document? How can we balance that against a societal tendency to avoid what we don’t want to see and to prevaricate and dissemble about the unavoidable truth before us?

Most of us prefer to avoid difficult situations. It’s why we may not make eye contact when a conversation turns unpleasant. It’s why we may delay a doctor’s visit when we fear the diagnosis.

Even when we know we need to engage more deeply or speak up, we sometimes choose to avert our gaze or divert the discussion rather than deal with what is urgently before us. We claim absolution through avoidance.

Late last year, the Episcopal Church and the market research firm Ipsos conducted a wide-ranging survey on religious beliefs among more than 3,000 Americans. Questions ranged from sussing out levels of involvement in a faith community to gauging how people of faith perceive themselves and are perceived by others:

“How involved are you in a religious community/church/mosque/synagogue/temple?”

“In your opinion, how well do Christians you know represent the values and teachings of Jesus?”

“What characteristics do you associate with Christians in general?”

Let’s call what shows up in the last two a “goodness gap.” Christians tend to see themselves as exemplars of Jesus' words and example; others do not.

The national study, titled Jesus in America, also showed that while there was agreement on the importance of Jesus as a spiritual figure and the desire for all to be treated equally, there were some crucial disconnects on the church and race, from the racial climate within the church to what helps bring people together.

Specifically, while 61% of mainline Protestants and 53% of evangelicals agreed that people of color in the U.S. are affected by racism, they were less likely to see racism in the church, with only 43% and 39%, respectively, agreeing that it exists there.

Meanwhile, 83% of mainline Protestants and 80% of evangelicals said that understanding history helps us “do better in the present.” But at the same time, 41% and 45%, respectively, said that “talking about racism pushes people apart instead of bringing them together.”

To be clear, this indicates that within those two groups, a significant number believe that racism is an issue that melts away at the threshold of the narthex and that knowing history is helpful as long as we don’t talk about it. We perceive the problem at a distance but not up close. We understand its underpinnings but don’t want to discuss them.

That’s to our profound loss. Consider the words of curator and writer Cole Arthur Riley: “When memory endures no scrutiny or curiosity or challenge from the exterior, it can lead to a profound loneliness at best; at worst, individual or collective delusion.”

Significant percentages of both groups said they do not believe that churches discuss racism and slavery to make white people feel bad about themselves — 45% of mainline Protestants and 46% of evangelicals — yet that aligns closely with the number who said that discussion leads to division.

Christopher Moessner, Ipsos senior vice president for public affairs, wrote in an email to Faith & Leadership, “When I read this data it tells me that we are struggling as Americans to understand our past and how it relates to our future. Everyone wants equality for their children moving forward, but not everyone is comfortable talking about the elephant in the room: RACISM in all forms and places. We may have a shared history, but we do not have a shared experience.”

One of Jesus’ practices that those around him — followers and foes — found most disconcerting was the way he saw people and situations that polite society generally ignored, and then he got up close with them. He touched and was touched by; he dined with and blessed.

His actions underscored the shortcomings of refusing to engage.

We continually confront efforts to shore up the flagging self-esteem of those who whitewash history and pad the present with bans and barriers intended to cushion their discomfort. But if churches and faith leaders are to be repairers of the breach and doers of the word, they cannot let people of faith look away.

Aleta Payne joined Faith & Leadership in November 2019. Aleta’s role as associate editor combines her experience in newspaper and magazine journalism with her work at faith-based nonprofits, including the North Carolina Council of Churches and Johnson Service Corps. She is a graduate of the University of Virginia and holds a certificate in nonprofit management from Duke. Aleta writes a monthly commentary for the opinion pages of the News & Observer and the Charlotte Observer. She is a member of St. Paul’s Episcopal Church where she serves as a lay Eucharistic minister and is active with several of the parish’s outreach ministries.