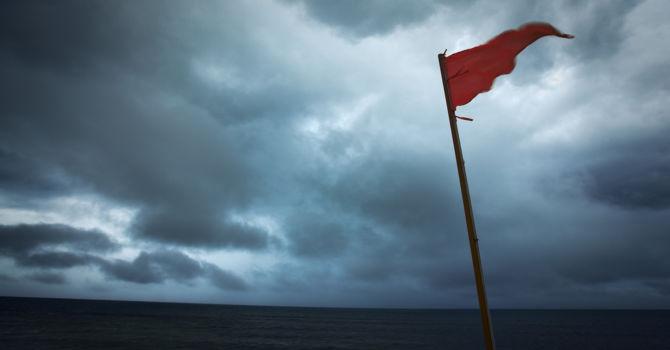 Faith-based organizations are well-served when people know their concerns are welcome, writes an attorney in the nuclear power industry.

We might expect churches and other ecclesial organizations to have a natural aptitude for managing conflict among parishioners and staff. After all, Christians are called to peacemaking, which should translate into an open culture that encourages raising and effectively addressing concerns.

But churches struggle with these issues as much as other organizations, maybe more. They often lack clear lines of authority, have modest to nonexistent oversight of clergy, staff and volunteer performance, and have few, if any, people willing and sufficiently trained to assess the conflict, let alone resolve it and restore relationships.

An overlay of bad theology or a strong majority voice that tacitly shames those who speak out and counsels silence produces further complexity. Concerns go unreported, unsafe conditions and minor improprieties are not corrected, and injury, illness and misconduct -- ranging from harassment and discrimination to financial and sex crimes -- result.

As a lawyer in the nuclear power industry, I find my work constantly informed by the premise that small problems uncorrected can easily become big problems. To avoid that, the industry emphasizes the importance of an environment where everyone feels comfortable raising nuclear safety concerns, no matter how small, and provides training, resources and oversight to support it. The industry’s regulator -- the U.S. Nuclear Regulatory Commission, or NRC – also expects that kind of environment and has various tools to assess and encourage compliance with its standards.

As I investigate compliance with these expectations, I see not only the benefits of such an environment, but also the behaviors that impair it. These experiences rush to mind when I learn about the reluctance of people in faith-based organizations to raise concerns -- and the resulting harm -- thus prompting me to translate my nuclear experiences into three key takeaways for leaders in ecclesial contexts.

First, it is important to frame an accurate image of the concerned individual (CI). Contrary to perceptions, CIs typically do not desire attention, revenge or pecuniary gain. They are often quite loyal to the organization and want it to succeed.

Yet they perceptively identify leadership behaviors that discourage raising concerns which, along with natural inhibitions against speaking out, forces them to struggle regarding the proper action. They fear ostracism, embarrassment and tangible acts of retaliation.

Under these conditions, CIs might test the organization’s receptivity to their concerns by hinting at them, making relatively innocuous observations and then assessing the reaction as indicative of whether the concerns will be welcome. This practice is particularly common with concerns related to bullying and harassment, and it demonstrates how important the initial response can be.

Second, it is important to recognize a unique risk in ecclesial organizations -- a leader's manipulation of theology to shame and silence CIs so the leader can avoid scrutiny, as depicted in the following scenario:

The Staff-Parish Committee (SPC) receives an anonymous report of concerns about the pastor, including detailed information regarding his absence from the office, failure to respond to emails, and refusal to visit sick and elderly members. The SPC chair informs the pastor that concerns have been raised and requests a meeting to discuss them.

The pastor states that he’s certain that Angela, the associate pastor, has raised the concerns because she really wants his job. He hints that Angela has “other problems” as well and reminds the SPC of Matthew 18:15, which requires Angela to raise her concerns with him first. He advises the SPC chair to meet with Angela instead. The SPC chair calls Angela and asks whether she raised the concerns because she wants the pastor’s job.

In this scenario, the pastor’s arrogance prevents him from even hearing the nature of the concerns raised. He focuses on the person he believes raised the concerns, impugns her theological knowledge and ethics in not coming to him first, questions her motives, and denigrates her character. This suggests that he will retaliate against anyone he perceives to have raised concerns about him.

Unfortunately, the SPC yields to his self-motivated theological pronouncements and asks Angela whether she raised the concerns, thus inadvertently but very clearly communicating to her and others that if she did -- or if she does so in the future -- it will be her acts that are scrutinized, not the pastor’s.

Third, because some ecclesial organizations lack the resources and infrastructure of large commercial organizations, it is important to start with small steps to encourage concerns with an eye toward continuous learning and improvement. Though each organization must adapt any guidance to its own context, adopting the following behaviors and practices are key first steps.

These efforts require a modest investment of time and resources but have far-reaching implications. They cultivate self-awareness, discipline, patience and kindness. They ensure that Christian traditions of peacemaking and reconciliation receive more than lip service by becoming ingrained values supported by specific practices.

These nuclear industry risk-management practices point ecclesial organizations down a path with clear benefits. The Christian practices they reinforce should inspire church leaders to travel it faithfully.